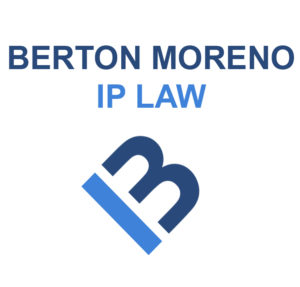 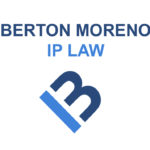 The latest CONMEBOL Copa América brought together national football teams from almost all South American countries and was supposed to include guest appearances by Australia and Qatar. Officially played since 1916, it is the oldest national team competition in the world. This year, it was held in Brazil between 13 June – 10 July, having been moved on less than two weeks notice from Argentina & Colombia due to social unrest in Colombia and delicate health issues in Argentina. However, the tournament was unusual for more than just the change of location. It also saw the Chilean national team playing most of its matches hiding the Nike logo on its team kit, publicising a sponsorship dispute that has now been ongoing for some months.
This article examines the dispute, looking specifically at the background facts, the results of the preliminary hearing in Santiago, and what lies ahead.

Background
July 4, 2015 will be an unforgettable date for Chilean football. The national team won the Copa América for the first time in its history after 99 years of its first participation. In addition, the team lifted the trophy at their own home: the National Stadium in Santiago. Expectations for the Chilean national team were such that it began to attract the attention of major sponsors, including the multinational sports brand, Nike. In August 2015, the Chilean National Professional Football Association (ANFP), the formal entity representing the Chilean national team, entered into a sponsorship agreementwith Nike European Operations Netherlands B.V. (NEON). The sponsorship deal stipulated that ANFP would receive US$7 million per year until the end of the qualifiers for the 2022 World Cup in Qatar, and would be extended in the event of Chile’s qualification as per reports.
In June 2016, “La Roja” won the Copa América Centenario, a tournament held especially to commemorate the 100th anniversary of the first edition. A new continental title, less than a year after the previous one, ratified Nike’s bet, while at the same time created great expectations among the national team’s supporters for the Russia 2018 World Cup.
However, what seemed to be the beginning of a dream came to an abrupt end in October 2017 after the Chilean national team failed to win a place for the 2018 World Cup.
The Chilean national team was also unable to bounce back in the 2019 Copa América, in which it obtained fourth place. In addition, in October of the same year, social protests took place in the country.
This led to the suspension of the national team’s matches for the rest of the year. At the beginning of 2020, an unprecedented pandemic (Covid-19) hit the world socially and economically, and football was not immune. Specifically, between the social upheavals in the country and the COVID-19 pandemic, the Chilean national team went almost a year without playing.
The Preliminary Proceedings In Santiago In March 2021, the ANFP took legal action against Nike de Chile Limitada (NCL) for Nike’s failure to pay the contractual fee for the 2019-2020 period. Specifically, the ANFP claimed the payment of 4.2 billion Chilean pesos (5.6 million US dollars) plus fines for late payment. As reported by La Tercera, the main newspaper following the case, the NCL had paid the ANFP a partial amount of the agreed contractual price, but failed to pay thebalance and ceased making payments.
ANFP filed for a Provisional Measure before Civil Court No. 10 of the city of Santiago de Chile, seeking an order for NCL to disclose accounting documentation in its possession to help establish net sales. They hoped this would assist them in determining royalties owed to them for the period 2019-2020. Even though the contract provided for payment of a fixed annual fee, it also provided for the payment of variable remuneration (royalties).
It should be noted that, although the contract had been signed with NEON and contained a jurisdiction clause that specified an arbitration court based in New York in the event of any dispute, the filing of the measure against the local representative, NCL, was based on two arguments, according to the ANFP’s attorney:

1. the signed contract provided that precautionary measures could be filed in Chile, and
2. the actual commercial relationship was maintained with NCL (payments, issuance of invoices, supply of elements, etc.). The ANFP used this argument to request the review of information on NCL’s documentation as well.

The attorney also stressed to local press that the ANFP tried to seek a settlement, but the lack of agreement led to the dispute being brought before the courts. It has been reported, Nike initially refused to pay outstanding balances on the grounds that the national team had not complied with the minimum number of matches established for the period in question. It was reported that NCL’s strategy was to maintain its lack of legal standing to be sued since it had not been a party to the contract. In addition, the Chilean company filed an objection regarding the jurisdiction to handle the case arguing that any dispute involving the agreement had to be based on the arbitration process established in the agreement, applying the jurisdiction and rules set forth in it. NCL also argued ANFP’s failure to identify the type of documentation being requested.
At the end of April 2021, the appointed Judge rejected the objection with respect to jurisdiction filed by NCL, declaring herself competent at this incipient stage of the process, that is to say, the Precautionary Measure, and allowing ANFP’s request for the exhibit of the documentation held by defendant. Further, the Judge set a hearing for August 12 to show said documents.
Given there is no record of the court file available for public, and after analyzing the Chilean legislation, the author is of the view that the Judge’s decision would have been based on
Section 273 of the Chilean Procedural Civil Code, which enables the obtaining of preliminary injunctions seeking the access to accounting documentation related to business in which the plaintiff has been involved. Furthermore, Section 43 of the Chilean Commercial Code establishes that the exhibition of accounting documentation shall be carried out in the place where said documentation is located and also that it will be limited to the sections related to the facts alleged in the plaintiff’s complaint. In this sense, it is presumed that the ANFP would have obtained the Judge’s order after providing documentation issued by NCL.
In addition to the above, two weeks before the start of the Copa América[20], NEON sent a letter to the ANFP terminating the contract between them alleging the Chilean national team had not complied with their obligation to play at least the 10 matches of the 2019-2020 period. As a result, and without alternative kits, the Chilean national team decided to play most of the tournament matches at this year’s Copa America covering the logo of its former sponsor.
After this stage of preliminary proceedings, the substantive issue will be addressed under the law of the State of New York, United States, and resolved by the International Chamber of Commerce’s International Court of Arbitration, located in said city.

The present conflict between the ANFP and Nike is typical of those arising out of the COVID-19 pandemic. In front of the Arbitration Chamber of Commerce, under New York State laws, the parties will debate, amongst other things, the interpretation of “bad faith” and “abusive conduct”, terms that have already been invoked between the parties according to press sources.
It is expected that the facts will be discussed around the concept of “force majeure”. It is worth noting that case law from New York State settling that the COVID-19 pandemic fell within force majeure . However, as colleagues from the New York Bar Association (NYBA) have stressed it is evident that New York courts are looking at each lawsuit on a case-bycase basis”. Accordingly, the potential outcome of this case is likely to depend on the existence of a force majeure provision in the contract and, if affirmative, in the evaluation of the language used, specifically, whether the contract includes any reference to “natural disasters”, among other aspects.
The debate around the potential mention of a “force majeure” will be even more complex if, as expected, the relevant facts are computed since the social conflicts that took place in Chile in October 2019.
Another way option could, in the view of the author, would have been to adjust the agreement and enter into a deal with a lower fixed payments (e.g. per game payments) and higher royalty payments tied to performance of the team, such as the deal reportedly to be entered by Nike and Liverpool in January 2020.
We will keep our attention on the outcome of the arbitration that will take on the 12 August 2021.